We have screenings in London, Birmingham, Glasgow and Darlington coming up! Details to follow. 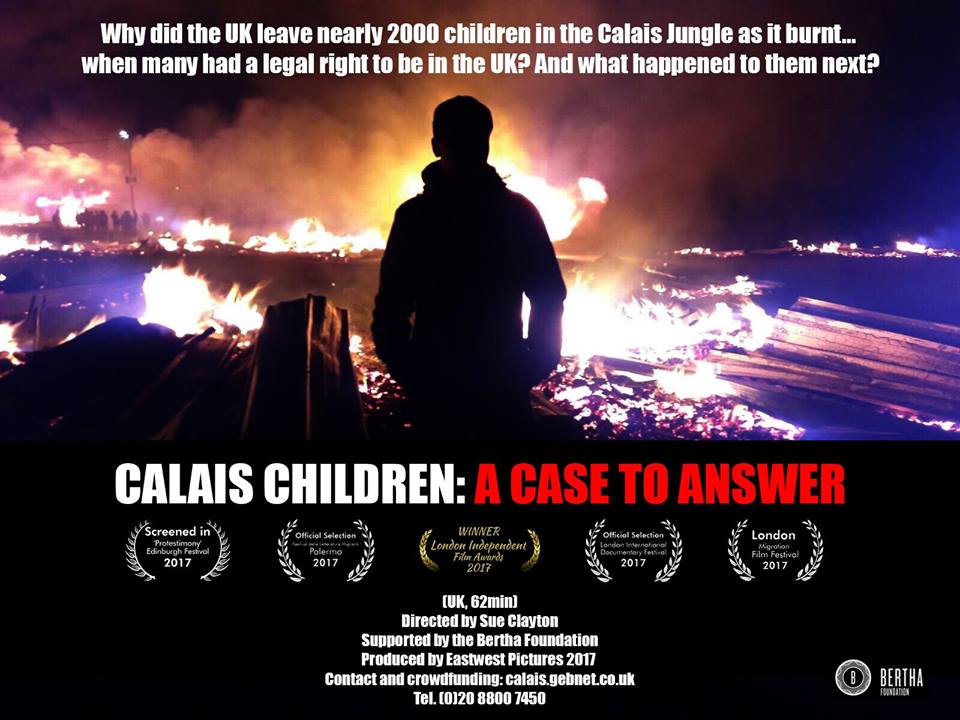 Calais Children is a film and live campaign by Sue Clayton. It is a compelling 62-minute film following the scandal of what happened to the almost 2000 lone children who were in the Calais Jungle as it burned down last year – most of whom had a legal case to be in the UK.

What went wrong? Where are they now? And what can we do about it?

THANK YOU FOR HELPING US KEEP GOING!
We continue to fundraise to support the young people still in France and Belgium, who suffer terribly.  We also continue to screen around the country,(see UPCOMING SCREENINGS) You can support us through the DONATE page here.  Get in touch if you’d like to organise a screening or fundraiser in your local area, though the CONTACT SUE page. Thank you all!

What is the ZS Case?

ZS is one of the ‘Calais Children’ who has taken the Home Office to court, arguing that the selection criteria for bringing kids to the UK during the demolition of the Jungle in Sept. 2016 was unfair and lacked transparency.

CALAIS CHILDREN served as evidence when the ZS case went to the High Court for Judicial Review. 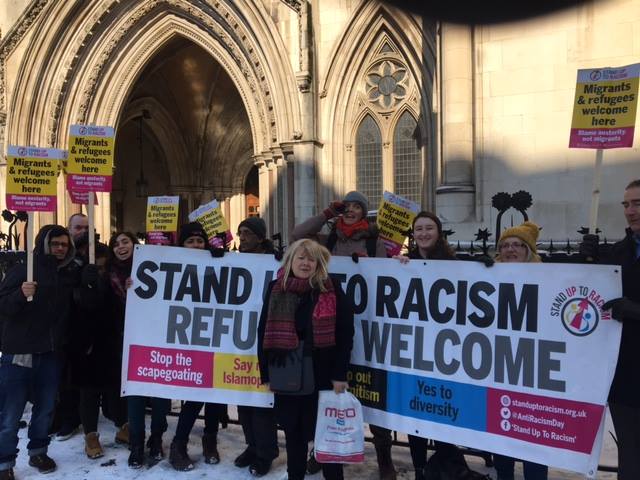 The case was brought to the High Court by Duncan Lewis law team who I brought to the Jungle in 2016, on behalf of the kids we identified who should have been brought to the UK under the Dubs Amendment.   Read about it in the Guardian The CALAIS CHILDREN film provided key evidence in the case.

Our judgment was handed down in Jan 2019 and was a partial win! (See here) The Judge ruled that the Home Office had acted unlawfully in the way it processed the young people, and had failed in its ‘duty of candour’  – not making its policy clear to the children’s UK legal advocates, or the European governments through whom they were supposed to apply for Dubs protection. However the Home Office has still have not brought all the qualifying ‘Dubs children’ to the UK, so we have applied to continue to the Court of Appeal.

As always, thank you for your ongoing support x

CALAIS CHIDLREN reaches 250! See here for a new colourful list of all our screenings and events to date!